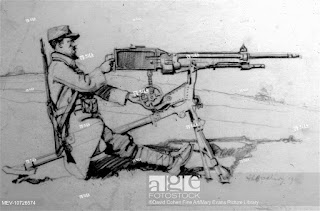 Born on the 17th September 1892 in Preston, Lancashire, UK, Arthur specialised in painting portraits, landscapes and seascapes in oil, watercolour and pastel. He was an accomplished etcher and taught art at the Pembroke Lodge School and Wimborne Grammar School. He studied at the St. John’s Wood School of Art before being accepted at the Royal Academy Schools. In 1913 he lived in Bournemouth, then Parkstone, Dorset in 1915, before moving to Poole.

Arthur trained as a cadet with the Merchant Navy, serving on the West African trade route, before taking up art. It was then that he made several voyages on the barquentine ‘Waterwitch’ carrying coal and china clay from Cornish ports. The ‘Waterwitch’ was the last trading square rigger in British service at that time.

He became an Associate of the Royal West of England Academy and exhibited there and elsewhere, mainly portraits. He first exhibited at the Royal Academy in 1913 - a work entitled ‘Iris’ - and went on to exhibit fourteen works there. Examples of his work may be seen at the Liverpool and Brighton Public Art Galleries.

Arthur served during The First World War as a Second Lieutenant with the 3rd Bn. Dorsetshire Regiment (London Gazette, 26 July 1915) and was then attached to the Dorset Regiment and the Royal Inniskilling Fusiliers.